After covering the first 19 games of the 2017-2018 season and working as an Associate Sports Editor for The Daily Free Press during the Fall semester, Nikki Havens has left the beat to become the Sports Editor for the upcoming semester.

Replacing her will be no easy task, but sitting next to Liam will be Matthew Martin. These two promise to continue to bring you the best coverage of BU men’s hockey.

The team will be off until 2018 when they resume action Jan. 5th in an exhibition against the United States Under-18 team followed by a Jan. 6th matchup with the University of Maine.

Liam and Matt will be following the World Junior Championship and will keep you up-to-date with all the Terriers participating in the tournament. 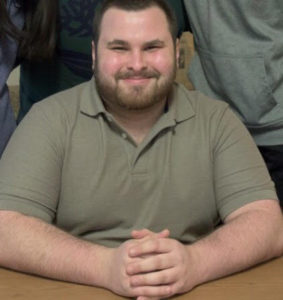 Matthew is a junior in Boston University’s College of Arts and Sciences majoring in History. Before his family’s move to Orlando, he grew up in Suffern, New York located roughly 45 miles north of New York CIty. He grew up loving his Mets, Jets, Rangers and Knicks.

When he transferred to BU from his local Community college, he had no prior journalism experience. Motivated by his passion for sports, he joined The Daily Free Press and fell in love with journalism. He spent the Fall semester as the Sports Editor.