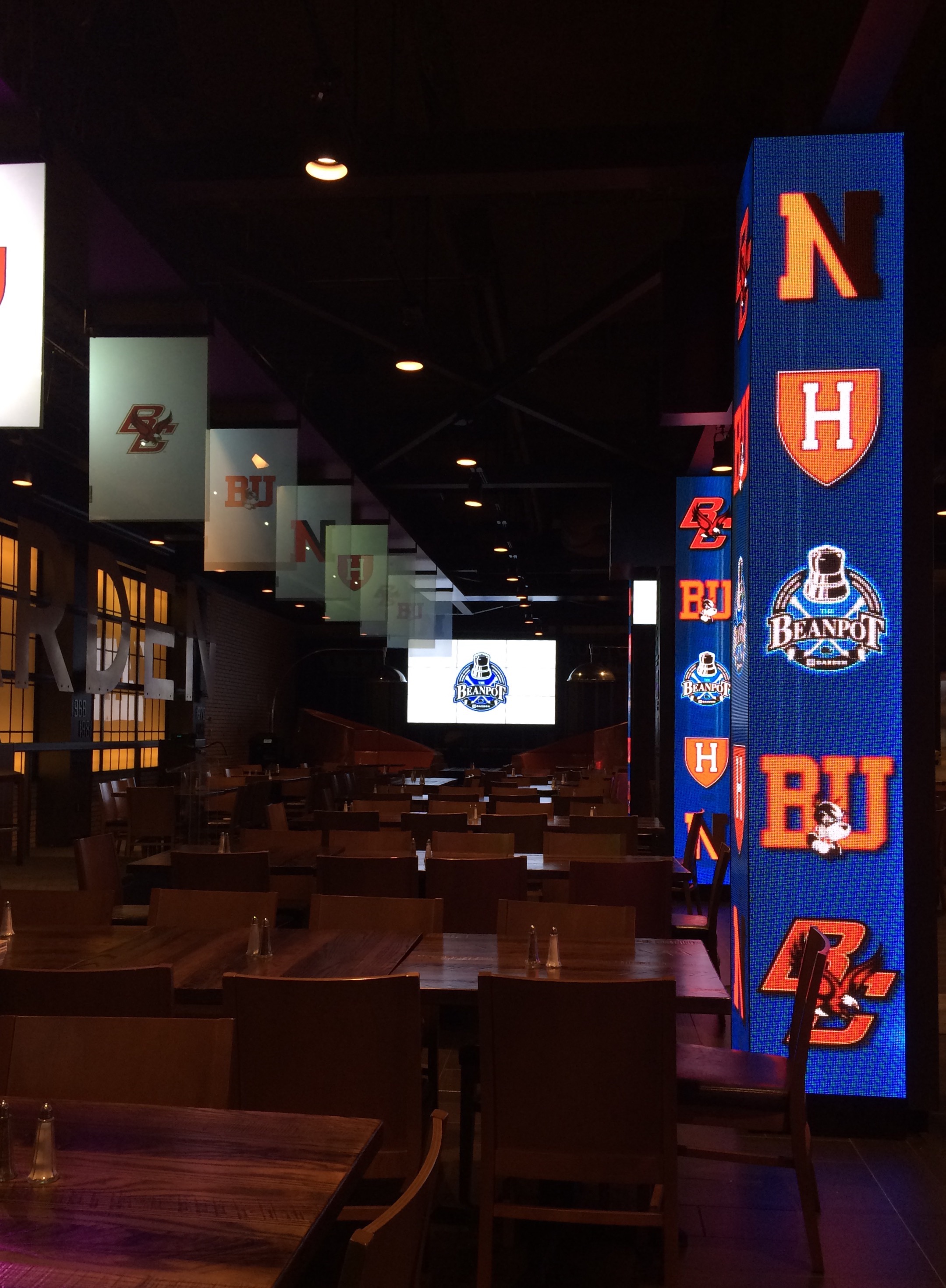 The 65th annual Beanpot Tournament is less than a week away. Tickets are selling, fans are rejoicing and the teams are preparing. The Boston Hockey Blog got thoughts from head coach David Quinn and senior players about the Feb. 6 faceoff between No. 3 Boston University and No. 6 Boston College.

Senior forward Nick Roberto said his biggest fear going into the tournament is beating BC a third time, as the Terriers already defeated them twice this season.

NR: “Beating them a third time is going to be extremely hard. Hopefully we’re focused for that game, and come out and work hard just like we did the first two games.”

“Oettinger for sure,” Roberto immediately answered when asked what he considered his teams secret weapon. “Ah no, secret weapon … I think our compete level is probably our secret weapon. When we out compete teams, we’re very good. When we play down to teams or let teams hang in with us it’s a close game.”

Senior Captain Doyle Somerby wants his team to have fun with it, but knows how difficult the game will be on Monday.

DS: “I don’t think you realize how special [the Beanpot] is until you actually take the ice for it. Local guys understand it because they grew up coming to it but when you’re not from around here it definitely takes the first 10 minutes or so of the game to grasp the full concept of it. It’s really unique and special because no one else has this.”

What do you tell your team to get them in the right mindset for such a big game?

DS: “Honestly, just have fun with it as much as you can. If you grip the stick too tight, you’re too nervous and thinking too much about it, it’s going to be a long night. Especially playing BC. We already have that rivalry. People comprehend that and understand how special that is to play against them. They just need to enjoy it as much as they can on Monday night.”

This could be one of the last big games of your college hockey career. What’s going through your head as your senior season winds down?

DS: “Just trying to enjoy it as much as I can. Being a local kid – I’m about 35 minutes away – so this is something I grew up coming too every single year since I was 4 or 5. With this one you just need to enjoy it. This might be the last time I ever play BC, so on top of the big games you got your last rivalry game. I’m just trying to have fun with it, hoping to come out on top and play for the championship the next Monday.”

How hard will it be to beat BC a third time this season? 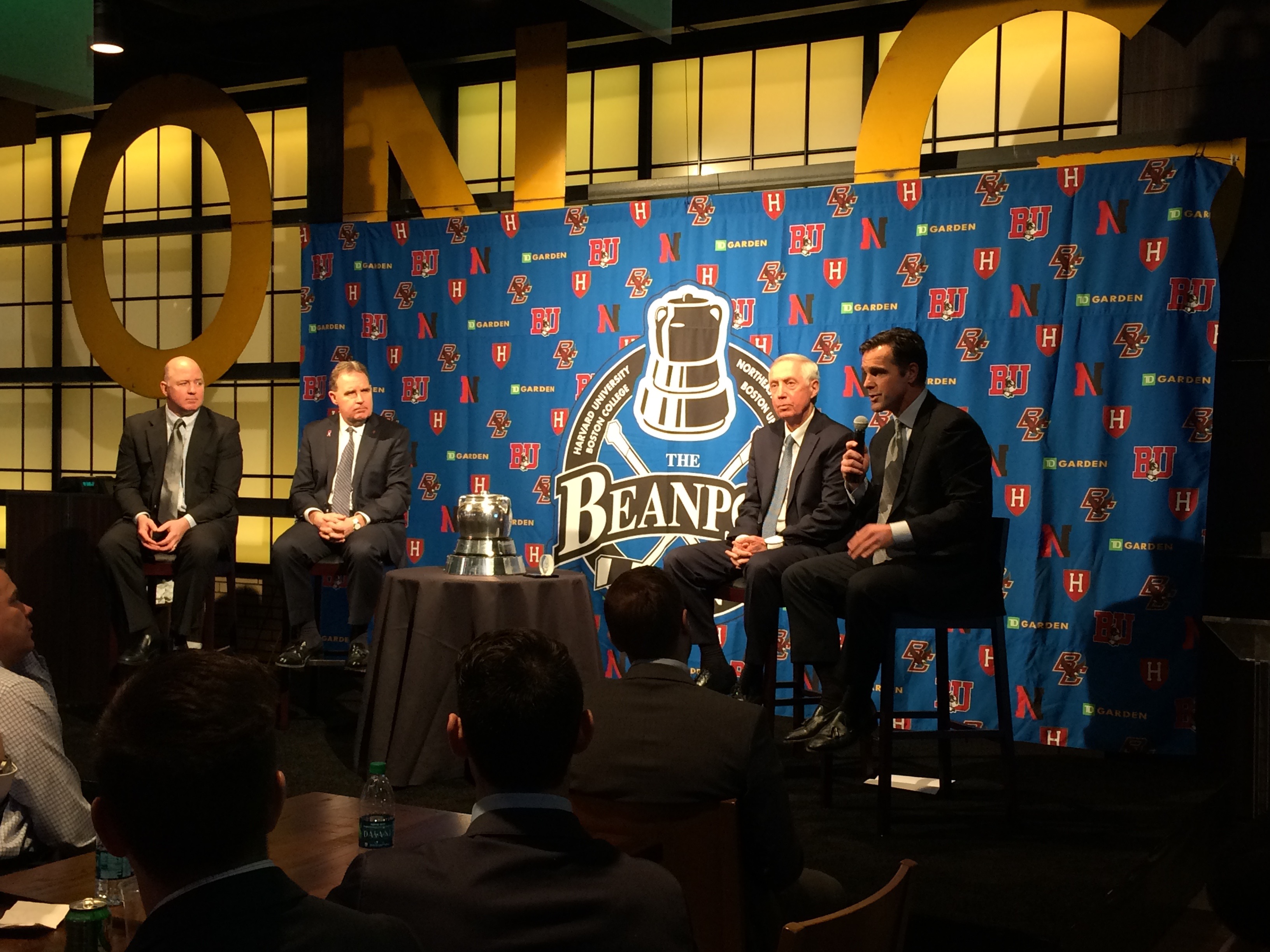 DQ: “Obviously anytime BU and BC get together, in any situation it’s an exciting game. It draws a little extra attention from both fan bases, and usually the college hockey world pays a little extra attention to it. But when you put that game in the Beanpot it’s even more special. Usually you get great competitive games. Someone has a goalie pulled at the end of the game. Both teams have talent. Both teams compete hard. Both teams are at the top of the league and in the national rankings. It’s going to make for an exciting Beanpot, as it usually does.”

How hard will it be to beat BC a third time this season?

DQ: “It’s always hard to beat BC. I don’t care whether you’ve beaten twice or not. I’ve got an awful lot of respect for them. It’s been such a great rivalry for so long. We still understand what’s ahead of us. We’re not thinking about the two games that happened three weeks ago. We’re going to focus on Monday night.”

Quinn, Somerby and Roberto all agree that although the Terriers are the youngest team in college hockey, they won’t appear to be on the ice.

NR: “Maybe for the first five minutes the crowd will get into it, the atmosphere will be good. We’ve played in some hostile environments out in Denver, Michigan and at BC, so [the freshman] will be all set. And a lot of them played in the World Juniors as well. Especially USA-Canada. That was a loud game for them.”

DS: “I think Christmas break definitely helped [the freshman], playing in the World Juniors. Playing in Canada against Canada is a pretty chaotic place to play. They definitely learned a lot from there. We learned a couple lessons last week. Definitely I’ll just tell them to enjoy as much as they can because you don’t get this experience too often.”

DQ: “We’ve been fortunate this year, whether it be at Denver or Michigan or up in Vermont or up in Maine, we’ve played in some very very big atmospheres. The guys who played at the World Juniors certainly played for 20,000 people up in Canada so we can draw from experiences. I don’t think nerves will be an issue for us.”